Kivvit is the product of the 2015 merger of ASGK Public Strategies and M Public Affairs. Kivvit has been contracted by both the Nuclear Energy Institute (NEI) and the National Rural Electric Cooperative Association (NRECA), trade organizations with a close relationship to the nuclear industry. ASGK was contracted by NRECA before the merger, but M Public Affairs did not appear in our dataset. In what is likely a typographic error, NRECA lists ASGK as a contractor in 2016 and 2017, after the merger.

On Kivvit’s website, they discuss their work on nuclear energy advocacy, without specifically mentioning their contracts with NEI or NRECA.

Kivvit highlights their campaign titled Nuclear Matters, where they “implemented a robust public affairs campaign, which includes advertising, sponsored event series, media relations, grasstops recruitment, third-party advocacy, and targeted social media engagement.” In a June 2014 campaign overview, Nuclear Matters is described as, “…a bipartisan campaign to engage and inform policymakers and the public about the need to preserve existing nuclear energy plants due to their critical role in America’s energy mix.” 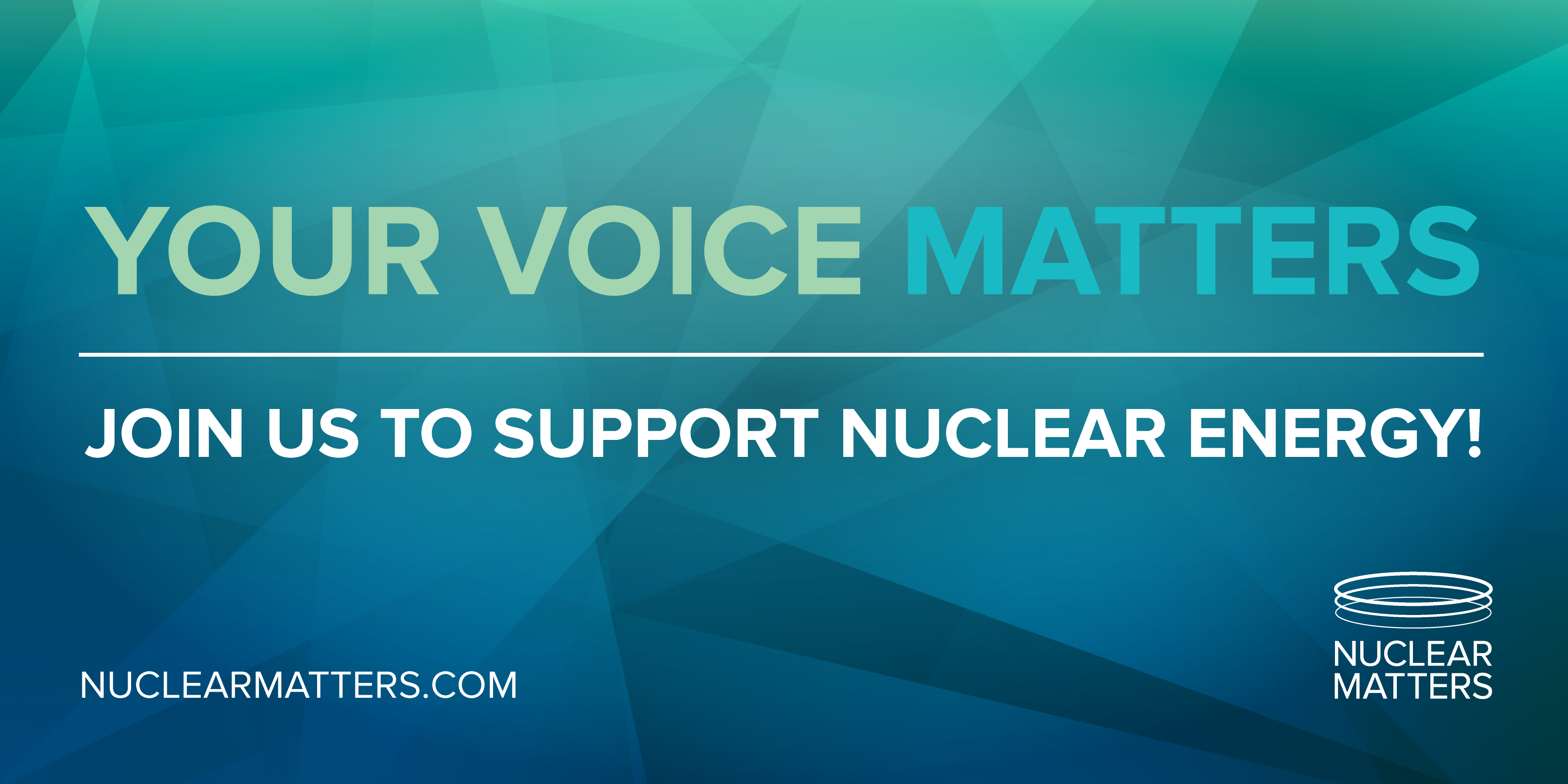 Logo and Advertisement for the Nuclear Matters Campaign.

Nuclear Matters was started by ASGK in 2014 and is now managed by Kivvit. NEI is the current trademark holder of the campaign. The campaign garnered positive news coverage in a 2014 Forbes piece and some negative coverage in another piece on Huffington Post, attacking it as an Exelon front group, but has otherwise gone without scrutiny. Exelon is an electric utility with significant nuclear power plant investments and a member of NEI.

While NEI holds the trademark for Nuclear Matters, it’s possible that NRECA is also involved.  According to tax documents, over the years 2014, 2016, and 2017 NRECA had contracts with ASGK totaling $1.9 million and another contract in 2015 with Kivvit for $515,917. In 2017, NRECA lobbied on the bill H.R.1090: Technologies for Energy Security Act of 2017, raising the Nuclear Production Tax Credit as a key issue.

Kivvit and ASGK have had consistent contracts with NRECA starting in 2014 and continuing into 2017, earning $2.5 million between the two firms. Kivvit created a series of videos for NRECA titled “NRECA: Rural Power.” The videos support NRECA’s Rural Power campaign, which is designed to encourage rural Americans to vote in elections. The ads show Rural Power campaigners attending both Hillary Clinton and Donald Trump events.