The Climate Investigations Center has uncovered a trove of front group and advocacy websites all possibly hosted by the public relations firm, Democracy Data & Communications (DDC). This project shows the wide-ranging reach and influence employed by hundred-million-dollar PR firms like DDC, exerting industry’s influence on state and federal level policy.

While researching DDC’s relationship with the coal industry, we found a website for Keep Our Power Affordable (KOPA), a group promoting the Transparency in Regulatory Analysis of Impacts to the Nation Act, or TRAIN Act. According to KOPA, the TRAIN Act would “mitigate the Electric Generating Units (EGU) Maximum Achievable Control Technology Rule,” a rule proposed by the EPA in 2011 that would require emission reductions of many pollutants, such as heavy metals and acid gases from new and existing coal and oil-fired EGUs. KOPA states this ruling has “the potential to force many U.S. power companies in the Midwest and Southwest to retire up to 20-30% of their existing coal-fired fleet.”  The footer of KOPA’s webpage says “Powered By DDC Advocacy,” but discloses no industry or trade association affiliation.

With KOPA’s IP address, we used a reverse IP address lookup service and discovered hundreds of other websites, including front groups, advocacy pages, and industry PACs residing at the same IP address as DDC’s KOPA project. Some of these sites are openly hosted by DDC or state that they are paid for by industry, while other sites are not forthcoming about their creator or source of funding. These front group pages and advocacy pages cover a wide range of issues including the promotion of coal and offshore drilling, attacking tobacco taxes, soda and beverage taxes, along with sites railing against labor unions.

ExploreOffshore.org: A campaign of American Petroleum Institute and the US Chamber of Commerce, Explore Offshore is focusing its efforts on promoting offshore drilling on the East Coast and Gulf of Mexico. Members of the coalition include the US Chamber, various state-based chambers, and some Hispanic chambers of commerce, along with oil and gas interests.

Why should you help stop the severance tax (p. 1)
View entire document on DocumentCloud

The Our Energy Can website leads to a sign up page for Energy Citizens, a front group for the American Petroleum Institute that attempts to look like authentic, grassroots support from everyday Americans. Our Energy Can encourages visitors to “put your energy behind US oil and natural gas.” This page goes on to claim that Energy Citizens “is made up of hundreds of thousands of Americans” and that they are “building a movement to ensure our message is heard.”

Our Energy Matters is another Energy Citizen website. This page highlights an event Energy Citizen put on, in collaboration with Energy Nation, called “The Cost of Stricter Ozone Standards,” which was conducted as a telephone town hall. During this call, an “expert” from API was scheduled to explain “the new ozone regulations being considered by the EPA and how these tighter rules pose a threat to American jobs, energy development, and national energy security.”

Vote.energycitizens.org – When opened, Vote.EnergyCitizens.org redirects to Power Past Politics, another API project.  “American energy enables our nation to tackle big challenges—to drive environmental progress, to strengthen our communities, and to grow our economy. The 2018 election marks a pivotal moment. It’s time to Power Past Politics and support sensible energy solutions that build better lives and a stronger tomorrow.” This site is part of a suite of websites that DDC may now be curating for API, including PowerPastImpossible, PowerPastPolitics, EnergyCitizens, and EnergyNation.

More highlights from the DDC collection:

AllianceforJobsandEnergy.com: A website DDC built for The Alliance for Jobs and Affordable Energy (AJAE), a front group opposing federal “cap and trade” legislation to regulate greenhouse gases.  “Partners” in the alliance include the US Chamber of Commerce and other local Virginia chambers of commerce. AJAE states that “Cap and Trade would weaken America’s international competitiveness, and would lead to a dramatic rise in unemployment.” In addition to claiming cap and trade will harm the economy, AJAE asserts that the law “will do little, if anything, to benefit the environment.”

About us (p. 1)
View entire document on DocumentCloud

Action.WeStandForEnergy.com: This specific link leads to an error page within the We Stand for Energy (WSFE) website, but navigating to the main page of the site reveals that WSFE is a campaign of the Edison Electric Institute group, a utility trade association. WSFE claims to be a group of California citizens concerned about a “reliable, affordable, sustainable, and fair energy future for our state and country,” but is just another EEI front group. Read more about We Stand for Energy at the Energy and Policy Institute.

We stand for energy (p. 1)
View entire document on DocumentCloud

Stopwindsubsidies.com: Stop Wind Subsidies is an Exelon run website that encourages its employees to oppose the renewal of the federal wind production tax credit, a renewable energy tax credit that was introduced in 1992. Exelon goes on to argue that “important for Exelon and its employees, the wind PTC has an increasingly negative ﬁnancial effect on Exelon. The PTC’s distortion of competitive energy markets sends pricing signals that interfere with decision making at our plants and that reduce the value of our baseload assets in PJM.”

Richietherat.com: Richie the Rat is an advertising ploy put on by Americans For Job Security (AJS), an anti-union trade association that has garnered fines for their shady practices. In a 2016 decision, the FEC fined AJS and two other organizations $233,000 because they believed that AJS had illegally hidden their funding sources for political ads, ads including Richie the Rat. The Richie the Rat theme was created in response to the union organizing and protest tactic of placing a large, inflatable rat in front of businesses that won’t allow their workers to unionize.

KyRetailAction.com: Kentucky Retail Action Center is an advocacy site which doesn’t reveal any PR or industry affiliations. The site opposes what it calls the “2018 Tobacco Tax” and goes on to say that increasing the tobacco tax would harm “low-income earners.”

Tobacoissues.com – Tobacco Issues is a campaign run by Phillip Morris and the US Smokeless Tobacco company that promotes lowering taxes on tobacco products and keeping the minimum age to buy cigarettes at 18. This campaign attacks flavored tobacco product bans, nicotine levels in cigarettes regulation, and cigarette taxes in various locales. The footer of the website shows their affiliation, but does not mention DDC, “TobaccoIssues.com is operated on behalf of PM USA, U.S. Smokeless Tobacco Co., John Middleton and Nu Mark, LLC.”

Prop37groceryfacts.com: Hungry For the Facts on Prop 37 is a California Grocer’s Association front group opposed to Prop 37, a California ballot initiative that would require some food labels to disclose if the product is made with genetically modified ingredients. This Grocer’s Association group claims that Prop 37 will increase California residents’ grocery bill by “as much as $400 a year” but do not explain how they calculated that amount.

Full list of sites hosted at this IP address: INVESTIGATION: Corporate Polluters Inside US Delegation at UN Negotiations Over Fifty Years Ago 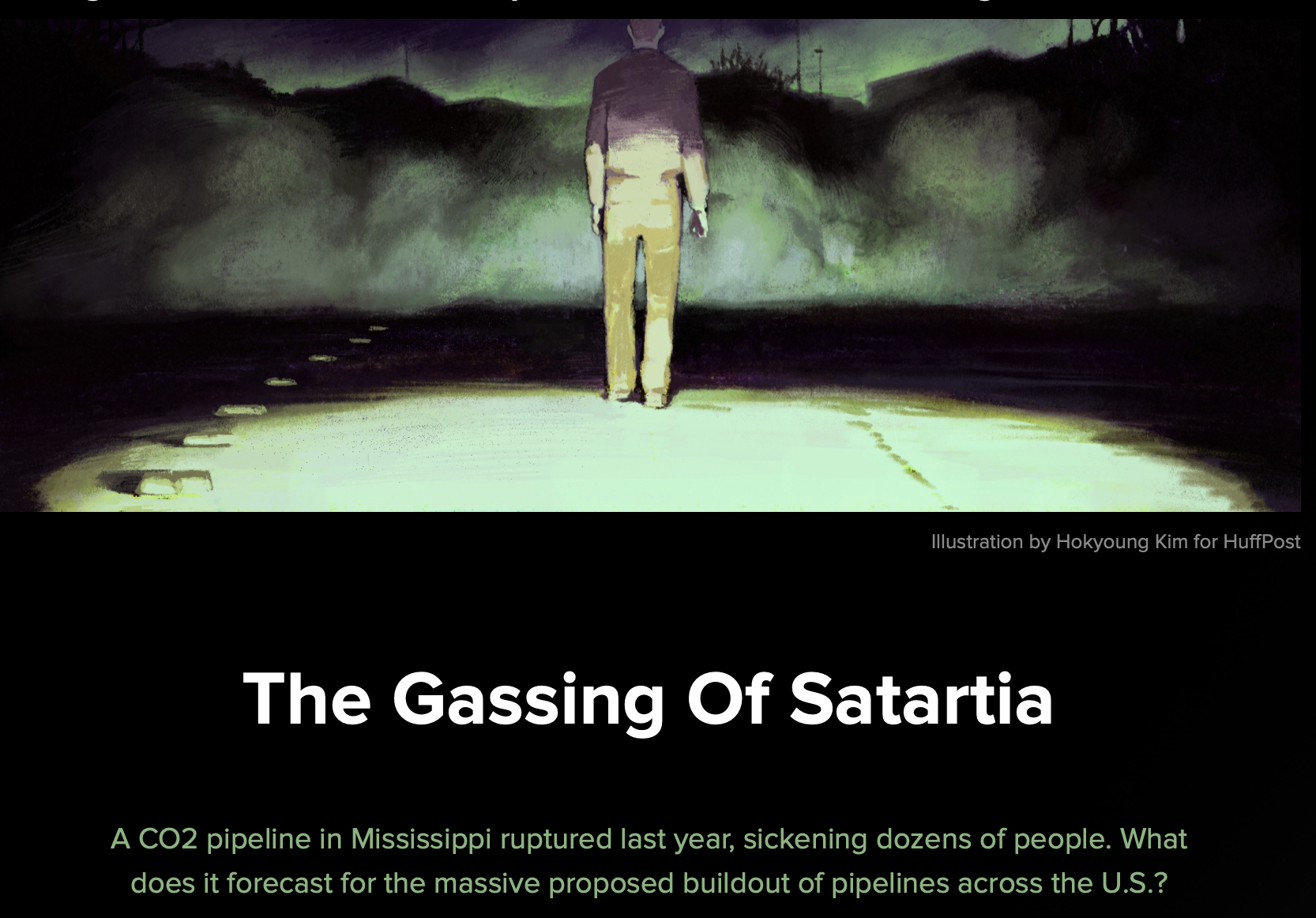 New York Times on Exxon, Russian sanctions and the role of oil and gas in Putin’s war on Ukraine

Letter Urging McCarthy to Kill House Select Committee on the Climate Crisis: A Who’s Who on the Wrong Side of History