To celebrate 2015 Earth Day, we have just released a huge, online, and searchable archive of documents on anti-environmental campaigns, individuals involved in these campaigns and the corporations that back them.

The Anti-Environmental Archives, now live on Polluterwatch.com, is a unique archive that reveals the plotting and scheming by industry and industry-funded think tanks and coalitions against a range of environmental issues of the time – from global warming to ozone depletion, spotted owls, national parks – and the environmentalists fighting for regulation.

The 27,000+ page, text-searchable archive documents more than 300 groups in 3500 documents. The documents themselves are mounted on the great DocumentCloud platform built for journalists with a grant from the Knight Foundation in 2009 and now run by the organization, Investigative Reporters and Editors.

This will be an ongoing project, with documents added from additional paper archives in coming months.

The files released today are mostly archives collected during the 1990s by an organization called CLEAR (Clearinghouse on Environmental Advocacy Research) that was part of the Environmental Working Group at the time, later curated by Greenpeace’s Research Department.  Finally, they’ve been transferred from their full 15 linear feet of hardcopy files that sat in a dark room into something far more useful. 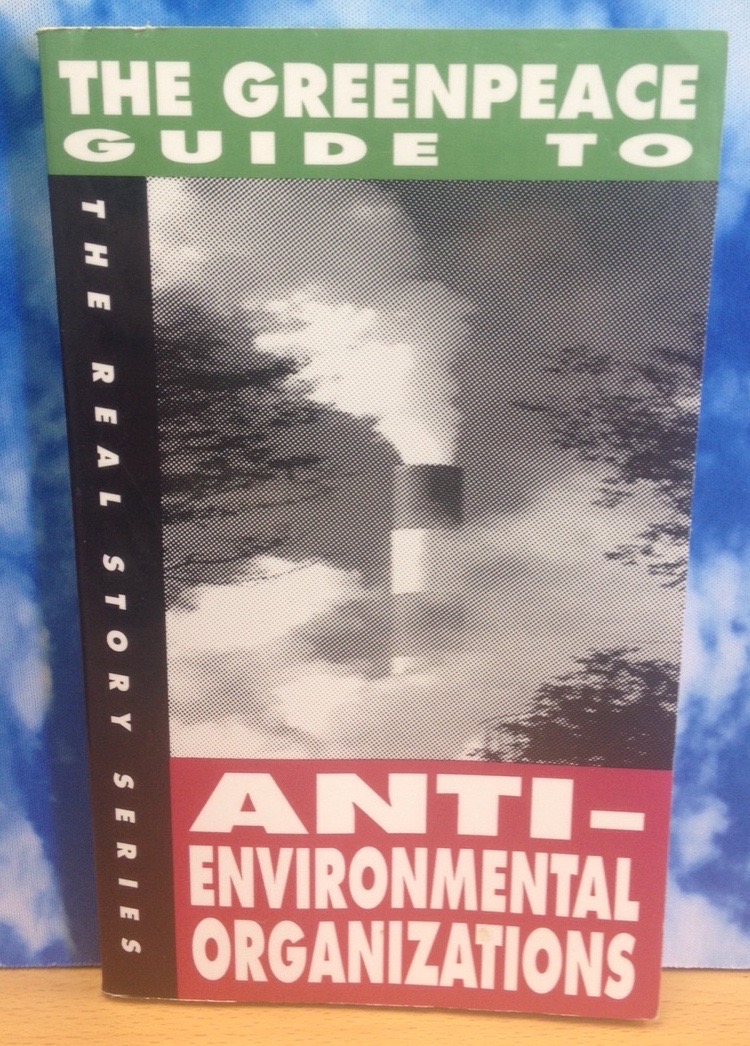 What did we find? Let’s start with at Earth Day, seeing as we’ve released this archive on the occasion.

On Earth Day in 1996, the Heartland Institute published its “Free Guide for Saving the Planet” outlining the “sound science” that put paid to various environmental issues of the day – ozone depletion isn’t happening, neither is global warming, second hand smoke is good for you, oil isn’t running out… you get the picture.  They apparently distributed this paper nationwide on campuses and elsewhere.  It includes:

Consumer Watch’s Earth Day 1997 document was just as good: “A Vision for our Environment, Our Children, Our Future” offered “Principles for New Environmental Policy” including:

Signatories included most of the anti-environmental organizations and individuals of the day.  Some of them, such as the American Legislative Exchange Council (ALEC) are still very much in action.

In 2005 there was the Competitive Enterprise Institute’s Earth Day “The sky isn’t falling” release, proclaiming the earth’s future was “as green as ever.”

The sad and important thing is that some of these organizations are still banging the same drum, with the same arguments, 20 years later.

These documents paint a portrait of the days of early climate denial.

It was around the mid-90’s that Philip Morris and PR company APCO were employing Steve Milloy for the Advancement of Sound Science Coalition. Milloy turns up a lot in these papers, from his book, “silencing science” to his involvement in Consumer Alert and his Op Eds.

The Kyoto Protocol hadn’t yet been agreed, but the Global Climate Coalition was up and running with its “Global Climate Information Project”.

The best books written on this period of raging anti-environmentalism during the  Clinton presidency were David Helvarg’s “The War Against the Greens” (1994, with an updated version released in 2004) and Andy Rowell’s 1996 book, Green Backlash, both documenting the birth of the so called Wise Use Movement, a term appropriated by Ron Arnold from Gifford Pinchot, the first head of the US Forest Service who coined the term “conservation ethic”.  These books also document the role of multiple front groups being set up by PR companies such as Burson Marstellar

The archive has a trove of documents from the George C. Marshall Institute, one of the early think tanks funded by corporates, and a large focus of Naomi Oreskes’ book – and now film – “Merchants of Doubt.”

The Marshall Institute’s resident senior scientist was Sallie Baliunas, who

published a “study” that attacked the models of global warming, argued temperature records were wrong, and that it had all happened before.  Baliunas worked closely with the Cooler Heads Coalition, in 1998 publishing another paper we found in these files.

Baliunas was an astrophysicist at the Harvard-Smithsonian Center for Astrophysics, and would later take on a protégé, Willie Soon. Together, they would take millions from the fossil fuel industry for work to counter the climate science consensus.

There is a Competitive Enterprise Institute brochure from the 90’s where they actually admit who funded them.  Also within the archive are documents from the 2000s via research and FOIA’s conducted by Greenpeace Research Department, including that somewhat famous memo from Myron Ebell and Chris Horner of CEI to the Bush White House CEQ’s Phil Cooney pushing back on the Bush Administration moving forward at all on climate and imploring Cooney not to quit the White House after it was revealed that he was editing EPA reports on climate change, an episode made famous by Al Gore’s film, An Inconvenient Truth.

There are hundreds of documents from organizations pushing anti-environmental legislation, and seven pages of documents on the issue of “property rights”. There are copious documents on the fight against Federal control of land in the West, managed by the Forest Service, Bureau of Land Manangement and other agencies including grazing permits, mining permits and national forest leases.  This fight is still going-to take Federal public land away from the government, including the ALEC assisted push by Ken Ivory of the Americans Land Council.  More coming on this thread.

These are just some of the documents we’ve found when going through these files with the new search engine capability.

What will you find?

Please contact us with research questions, ideas and comments at [email protected]

And contact us if you have useful documents to add to the archive to P.O Box 91, Alexandria ,VA 22314