In a last-minute legal maneuver, the National Association of Manufacturers is trying to extricate itself from a closely-watched federal climate lawsuit 18 months after it won a legal battle allowing it to intervene in the case.

NAM’s motion to withdraw from the Our Children’s Trust lawsuit came on May 22nd, just as it was about to be ordered to turn over documents on its climate change knowledge and activities, which would presumably have included its participation in political front and lobbying groups that denied the reality of climate change and spread disinformation on the subject.

A powerful trade organization that claims to be “the largest manufacturing association in the United States,” NAM, along with the American Fuel and Petrochemical Manufacturers and the American Petroleum Institute, intervened in the OCT case over the heated objections of the plaintiffs two months after the case was filed in September 2015.

The OCT plaintiffs, a group of 21 young people aged 9 to 20 from all over the United States each of whom allegedly suffered harm from global warming, didn’t sue the fossil fuel industry or any corporation, but the federal government for allegedly violating their constitutional right to life via policies that harm the climate.

The three trade associations made themselves legal “intervenors” in the case in an effort to get it dismissed, presumably because the case was of great interest to some of their corporate members. Outside parties can intervene in a federal lawsuit if they have an important interest in the case that might not otherwise be represented by the litigants.

One powerful reason for NAM to leave the case now is that it and the other intervenors must decide by May 25th whether they will admit to certain facts about climate change.  The federal government has already made a series of 98 such admissions, but two weeks ago, the intervenors begged the court for more time to respond.

In seeking to withdraw, NAM’s brief motion simply states that it “no longer seeks to pursue its right to participate as a party in this litigation,” notes that the court “has ample authority to grant that request,” and claims its withdrawal won’t harm the case but will in fact streamline it by reducing the number of parties.

However, in a footnote, NAM explains that the “plaintiffs have agreed that an intervenor-defendant which moves to withdraw on or before May 25, 2017 does not need to file responses to the plaintiffs’ requests for admissions on May 25, 2017.”

The ironic twist is that NAM and OCT have now reversed positions, after the intervenors’ efforts to have the case thrown out failed and NAM apparently realized it had opened itself up to pre-trial discovery that could shed light on its role in obstructing progress on climate change.

A call to NAM requesting comment was not immediately returned.

A press release by Our Children’s Trust said NAM and the intervenors “went to great lengths to become a party defendant in this case…Now, faced with significant legal victories by these young plaintiffs, and on the eve of having to take a position on climate science, NAM wants out of this case.”

NAM may have been scared off by the extremely detailed discovery request already filed by OCT against the American Petroleum Institute – 21 pages of questions citing names, dates, organizations and activities bearing on what API understood about climate science versus its apparent participation in sophisticated efforts to confuse the public, deny the science and obstruct progress on the issue to protect petroleum sales.

For NAM to undergo similar discovery, or to have to take positions on climate matters that might conflict with past behavior and statements, is something it clearly wishes to avoid.

One line of inquiry, for instance, could lead to NAM’s participation during the 1990s – along with API – in founding the Global Climate Coalition, a powerful front group with a membership of over 50 fossil fuel, chemical, industrial and consumer goods companies, electric utilities, trade groups, and others. The GCC carried out a media campaign using climate change denying scientists, it planted news stories, and it used political influence to try to thwart the work of the Intergovernmental Panel on Climate Change. The Global Climate Coalition was run out of NAM’s offices for some years and NAM was a member of the GCC for over ten years. 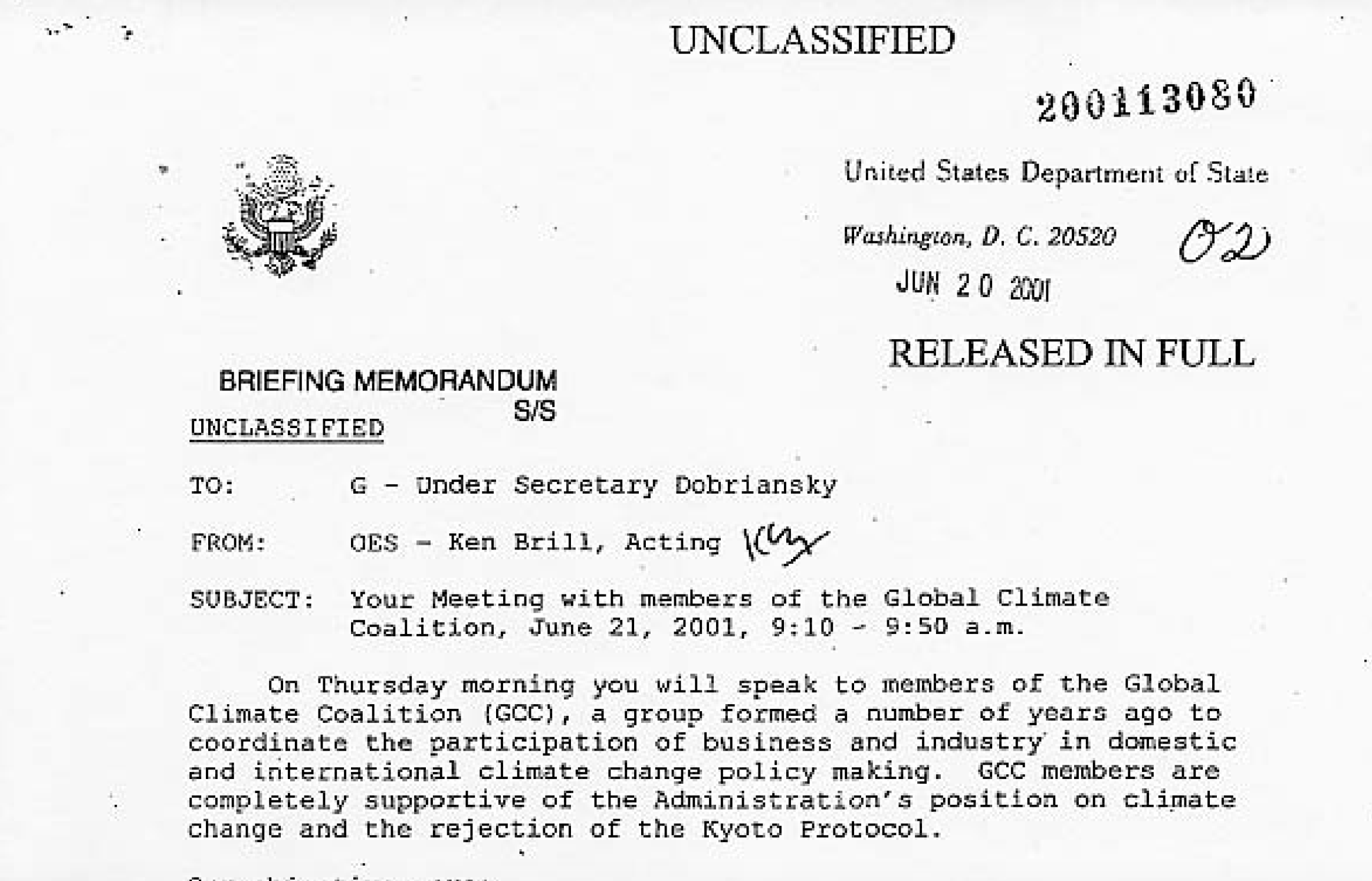 If a trial of the OCT suit does follow in short order, as federal Magistrate Judge Thomas Coffin has indicated it will, and if any documents detailing tortious or potentially illegal acts are obtained through pre-trial discovery, those documents could well become exhibits at a trial in Coffin’s courtroom and become public records, a politically toxic possibility for the fossil fuel industry and others like NAM. Of course, the industry could try for a protective order sealing the documents from public view.

It’s now up to Judge Coffin to rule on whether to let NAM out of the case.

If he does, and if a trial in the OCT case comes before the end of the year, as Coffin has promised, then there’s not much time left for a defendant-intervenor to withdraw from Kelsey Cascadia Rose Juliana v. United States of America, as the case is formally known.

Northeastern University law professor Richard Daynard, who worked closely with plaintiff’s lawyers in the 1990s to help launch lawsuits against the tobacco industry, called the intervention by the trade organizations “an impressive piece of stupidity.”

“They’ll be very lucky if they get out of that one unscathed,” he said.