The Center for Public Integrity has just released a report compiling spending by industry trade associations on public relations over the past decade or so.  The report, titled Who needs lobbyists?  See what big business spends to win American minds, by Erin Quin and Chris Young, was published this morning.  They also have an article on Huffington Post, currently on the front page.

The biggest spender was the American Petroleum Institute (API) and the biggest recipient in the PR industry was Edelman PR.  Edelman got $327.4 million between 2008 and 2012. (2008 was the first year such reporting was required by the IRS of trade association non-profits.)  API paid Edelman an additional $33 million in 2013.  The 2013 990s are still trickling out and were not included in the CPI analysis.  We obtained 2013 API 990 to extend CPI’s fascinating inquiry.

Overall, CPI’s team found over $1.2 billion was paid by 144 trade associations to PR firms from 2008 to 2012.  This was 37 percent of all the independent contractor spending reported by trade associations.  CPI points out that “lobbying spending” is on the wain, while “soft lobbying”, advertising and PR, are on the rise. The big spending category by far were the energy and natural resources trade associations, topping out at $430 million.

The Edelman – API relationship accounted for over a quarter of all spending compiled by CPI and Edelman received a grand total of $347 million (2008-2012) from all its various trade association contracts.

This report reveals the hyperdrive propaganda machine that has been cranked up really since the 2008 election cycle.  How did Big Oil become so powerful in Washington over the past six or seven years?  To the point where they now basically own the Congress?

With deliberate effort and a large bags of cash, that’s how. 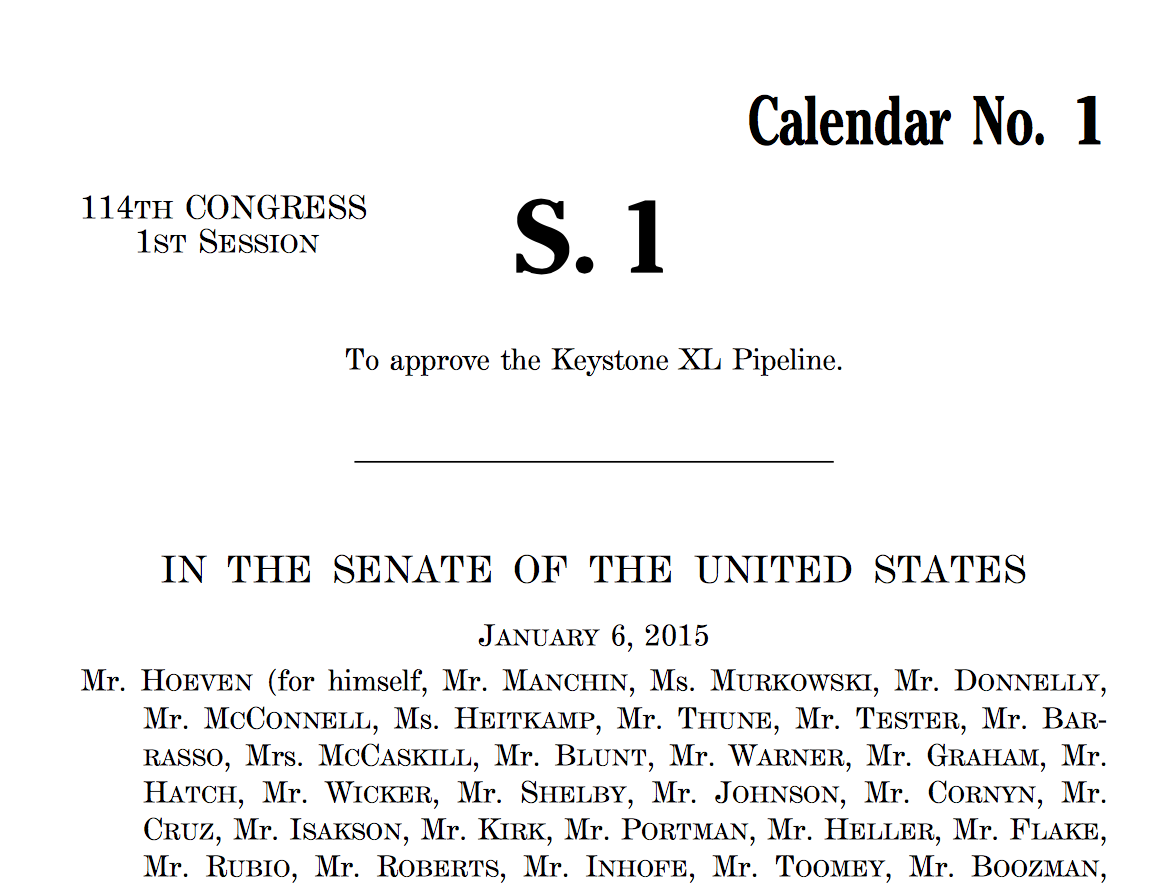 The most visible proof of this pressure is evidenced by Senate Bill #1 in the 114th Congress.  S.1 this year is simply titled “To approve the the Keystone XL Pipeline”.  That’s right, the very first priority after the triumphant 2014 Elections for the Republicans is energy, its Big Oil’s agenda, a corporate pipeline project… and now oil exports and all of big oil’s wish list are being tacked onto this bill as amendments.  Should be an interesting show over the next month as the bought and paid politicians perform for the Big Oil puppeteers.

The CPI report’s revelations are striking, even for jaded climate/clean energy advocates.  We knew Edelman was getting a lot of oil money from API and from various oil companies like Exxon and TransCanada, but its really a LOT of money, ranging from $33 to $75 million per year from American Petroleum Institute alone since 2008.  Again, adding 2013 to the CPI compiled data, API has paid Edelman over $360 Million (2008-2013).

These contracts are so large that they accounted for more than 10 percent of Edelman’s total fees in many of those years. For example, in 2010, Edelman’s global revenue was $532 Million and their contract with API was $63 Million.

We also found that the contracts to Edelman accounted for a large percentage of API’s total revenue – the membership dues paid by ExxonMobil, Chevron, et al. For example, in 2008, API’s total revenue was $203 million and they paid Edelman $75 million, over a third.

We haven’t run the numbers for other years, but adding Edelman’s direct corporate PR contracts with big dogs like Exxon, one could easily crown Edelman the Big Oil Ad Men…kings of the Climate Mad Men.

The energy related trade associations covered in the CPI report include:

The girth of the influence peddling by the energy industry and corporations is much larger if you include individual corporate PR contracts and lobbying money. In addition, the CPI analysis excluded industry front groups like ACCCE – the American Coalition for Clean Coal Electricity who fell outside the 501 c 6 category of trade associations.  See our next blog for ACCCE’s massive PR and advertising spending. 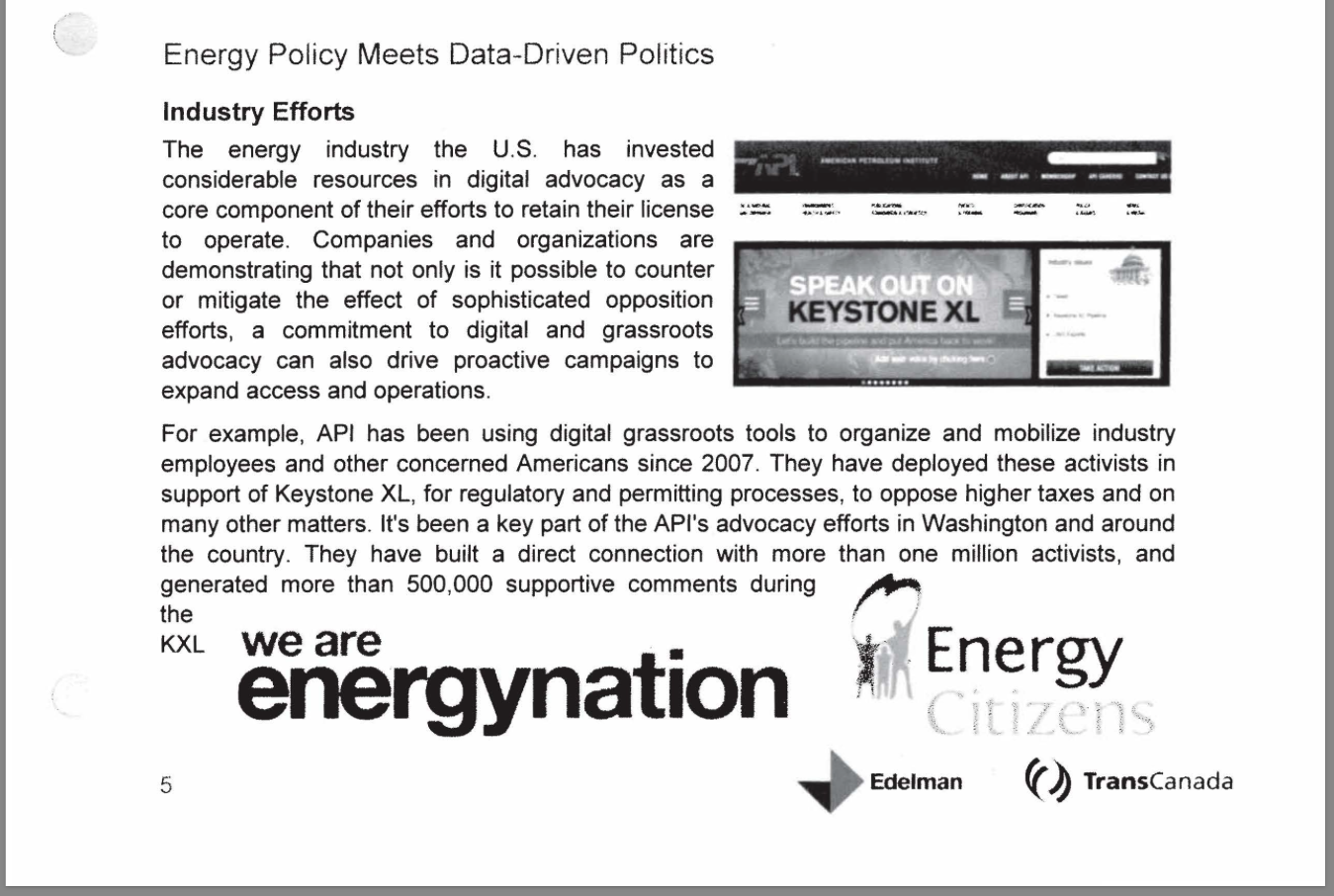 Remember the story in December of leaked Edelman campaign strategy documents to promote the Energy East pipeline, TransCanada’s plan B to the KXL pipeline? These documents revealed that Transcanada and others are paying Edelman for a lot more than advertising.  Astroturf grassroots ‘hearts and minds’ efforts and third party constituency building costs money and is clearly increasingly valuable to these companies and industries.

To the right are key pages from one of the leaked Edelman TransCanada documents wherein Edelman brags about the work with American Petroleum Institute on the Keystone pipeline and its work with the American Fuel & Petrochemical Manufacturers on the Renewable Fuel Standard. 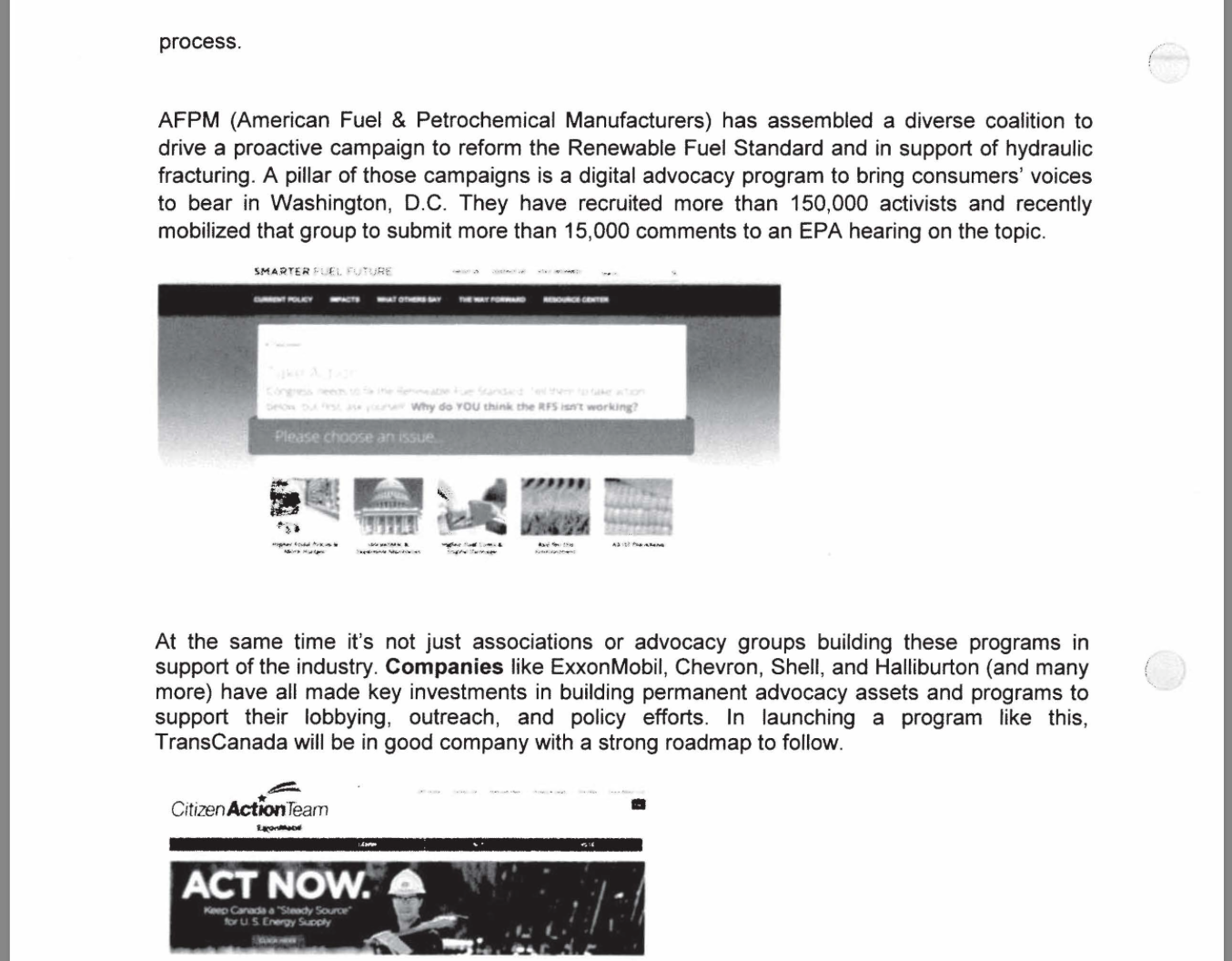 So this is the tip of the iceberg really.  The additional corporate PR spending by Big Oil and the campaigns that are not reported to the IRS, likely brings the total influence peddling spending by Big Oil, Gas and Coal to well over a billion dollars since 2008, especially if you include contracts by the oil majors ExxonMobil, Chevron, Shell, Haliburton “and many more”, all with highly visible advertising campaigns, and also covert “advocacy campaigns”.   We will likely never know how much has been spend in these private contracts.

This is what we are up against in the environmental policy arena.  Bottomless bags of money.

We can now be sure that the API  contract to Edelman is what funded the Energy Citizens campaign in 2009, revealed by a leaked email from Jack Girard to oil company bosses.

API also paid Edelman for the Vote 4 Energy campaign, a multimillion dollar campaign aimed at the 2012 elections, which was revealed, punked and undermined by Greenpeace.

API’s contract with Edelman has diminished in recent years from upwards of $68M down to $33M in 2013, the latest year 990 available.  2014 will not be available until November 2015 the way these things work.