“The (ALEC) Resolution in Opposition to Regulation Greenhouse Gases under the Clean Air Act states that regardless of one’s views on global climate change science, the efforts of one developed nation would not have a meaningful effect on global temperatures”

In 1998, ALEC is named in a leaked campaign planning document, American Petroleum Institute’s Global Climate Science Communications Plan.  This document was leaked to climate advocates at National Environmental Trust who distributed it to media.

ALEC is named as a “Potential fund allocator” along with CFACT, CEI, Frontiers of Freedom and the Marshall Institute. (interestingly Exxon suddenly dropped funding to all of these front groups when their climate denial scheme was exposed in the mid 1990s, but continiued funding ALEC.)

The basic goal of the API Plan was to reframe climate science as “uncertain” just after the Kyoto Protocol was born in 1997 and climate policy had a boost in momentum.

The plan was devised by representatives from a spate of corporations (Exxon, Southern Company and Chevron) and a number of right leaning or “free market” think tank staff.

There were clear goals: “Victory Will Be Achieved When” Average citizens ‘understand’ (recognize) uncertainties in climate science; recognition of uncertainties becomes part of the ‘conventional wisdom”.

Even though ALEC was identified as part of the plan, but we don’t know exactly how much money flowed to ALEC for the effort, which we assume continued, despite being revealed on the front page of the New York Times.

Exxon funding to ALEC increased over ensuing years, reaching a peak of over $368,000 in 2003.  There are multiple grants from Exxon to ALEC specifically for work on climate change, including some that were mislabeled on the 2005 public corporate giving report but labeled climate change on the ExxonMobil Foundation 990 submitted to the IRS.

In total, ExxonMobil Foundation wrote checks to ALEC for over $375K in climate change specific funding between 2003 and 2005.  There may well have been other grants earmarked for climate change related work that were not labeled as such:

In total Exxon has paid ALEC well over $1.6 Million dollars since 1998.  Year by year Exxon Funding to ALEC from ExxonSecrets database and Exxon documents available on DocumentCloud

ALEC began to attack climate policy in earnest in the late 1990s, just after the 1997 Kyoto Protocol, the first attempt at a compulsory global climate agreement.  In the late years of the Clinton administration and early Bush regime, ALEC and other right wing groups attacked anything that even faintly smelled like climate policy at the state level.

“During 1998 and 1999, 16 states passed legislation or resolutions that were highly critical of the Protocol and opposed ratification by the U.S. Senate. Many of these were purely advisory and employed similar language from state to state. Some states, however, chose to go further and block any unilateral steps to reduce greenhouse gases. Michigan, for example, amended its Natural Resources and Environmental Protection Act in 1999 to prevent state agencies from proposing or promulgating any rule to reduce greenhouse gases unless it had been requested by the legislature. No such requests have been forthcoming and the state has also shied away from pursuing federal grants for preliminary study of the issue. In West Virginia, legislation passed in 1998, prevented state agencies from entering into any agreements with any federal agencies intended to reduce the state’s GHG emissions.”

ALEC vs. the Sons of Kyoto

Sandy Liddy Bourne, former Director of the ALEC Energy, Environment, Natural Resources and Agriculture Task Force, authored a 2004 report called Sons of Kyoto. She drew a map of the country and targeted for destruction every state level greenhouse gas initiative, including carbon sequestration (wait, don’t polluters like this), emissions reductions efforts and inventories.

The report claimed, almost like Chicken Little, that the states were implementing a radical treaty that had not been ratified by Congress and warned that “greenhouse gas regulation has proliferated in the states at an alarming rate. In the 2001-2002 general sessions, 66 bills were introduced in 24 states. During the 2003 general session, over 90 bills were introduced in 27 states.”

At the time, ALEC, the Heartland Institute, and other right wing free market think tanks were upset because states were taking action on their own, leaving Bush, Cheney, and Washington behind.  ALEC believed, as they do today, that killing state momentum on things like renewable energy policy and greenhouse gas standards would have a dampening effect on momentum on federal policy.

Indeed states were taking the lead during the doldrums of the Bush Administration, and ALEC doesn’t like State policy besting Federal policy, unless its on their ideological game plan.

Why is this history relevant?

Because they are at it again, with new dedication, because the hour is close at hand. The EPA is taking action, and ALEC and its corporate puppeteers are going into high gear.  As Natural Resources Defense Council points out, ALEC, along with allies at the Chamber of Commerce, National Association of Manufacturers, and others are now engaged in a “guerrilla warfare” strategy against the EPA as called for by a Peabody Coal lawyer during the December 2013 ALEC meeting. ALEC designed anti-EPA resolutions are popping up like weeds across the country, aimed at interfering with state level implementation of the greenhouse gas rules for coal fired power plants that the EPA is moving forward.

NRDC’s Aliya Haq writes: “Most state legislatures are only a few weeks into their 2014 sessions, yet ALEC legislators have already introduced a dozen anti-EPA bills and resolutions across the country, including in Arizona, Florida, Georgia, Illinois, Ohio, Kansas, Missouri,Tennessee, Virginia and West Virginia.”

In recent years, ALEC has attacked climate science and policy in a variety of ways:

From Center for Media and Democracy:

“Idso is founder and former chair of the ExxonMobil-funded 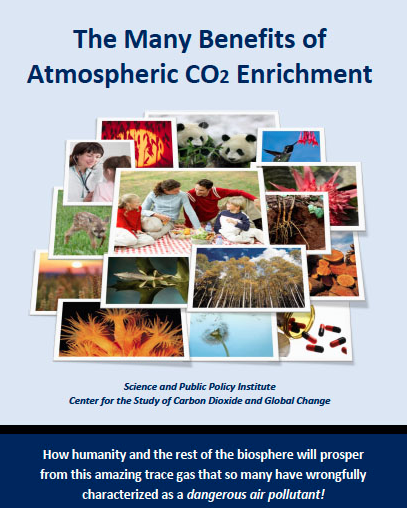 Center for Study of Carbon Dioxide and Climate Change, and informed legislators that “CO2 is definitely not a pollutant.” He spoke glowingly of the “CO2-enriched world of the future” and provided a series of graphs and data that, when viewed in isolation, might appear legitimate.”

“This strategy was confirmed in September 2010 by conservative activist Clint Woods of the American Legislative Exchange Council (ALEC), who said RGGI and other regional cap-and-trade regimes have become the “new battlefield” since federal climate legislation was derailed. ALEC, which has created template legislation for state lawmakers to use as a way to back out of regional climate accords.”

“January hasn’t even ended, yet ALEC has already planted its “Environmental Literacy Improvement Act” – which mandates a “balanced” teaching of climate science in K-12 classrooms – in the state legislatures of Oklahoma, Colorado, and Arizona so far this year.”

“Over the coming year, the American Legislative Exchange Council (Alec) will promote legislation with goals ranging from penalising individual homeowners and weakening state clean energy regulations, to blocking the Environmental Protection Agency, which is Barack Obama’s main channel for climate action. Details of Alec’s strategy to block clean energy development at every stage – from the individual rooftop to the White House – are revealed as the group gathers for its policy summit in Washington this week.”

“The American Legislative Exchange Council (ALEC) recently released a model resolution calling for the weakening of solar net metering policies that threaten the traditional utility industry business model. ALEC is one front group that the utility industry is using to push for changes to net metering policies—a valuable ally for the utilities to lobby state legislators from across the country. Duke Energy is a member of ALEC.”

Again we ask, has ExxonMobil, Peabody, or the other corporate members of ALEC endorsed these actions?

More to come as we monitor ALEC’s anti-environmental actions.  Send us tips if you see anything we should see.